Wines That Make a Difference

The Muday Charity Association (MCA) is a locally-run, registered Ethiopian charity that focuses on providing education for underprivileged children and supporting vulnerable women through livelihood opportunities. The organisation is based in a deprived area in the outskirts of Addis Ababa and encompasses a primary school – the Fresh and Green Academy – as well as a workshop that provides single mothers with onsite training and jobs. 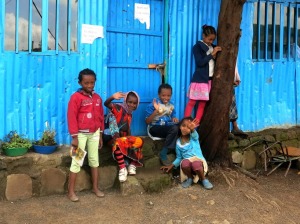 The Muday Charity Association was started in the year 2000 by Muday Mitiku. Having spent much of her teens volunteering at schools and community organisations, on graduating from high school she decided to open up a private kindergarten with a partner.

It was on her daily commute to the school that Muday became aware of the numbers of single mothers with children begging and living on the street. After enquiring why these women were not sending their children to school, they replied that they could not afford it (although government schools are ostensibly ‘free’, costs such as registration, transport, buying textbooks, stationary, uniforms etc are prohibitive to many). So she started inviting the mothers to send the kids to her school, free of charge.

The first obstacle came when she realised that she would have to start providing meals for these children as the paying students would bring lunchboxes while the poorer ones could not afford anything to eat. Furthermore, as the numbers of children coming for free education grew exponentially, parents who were paying for their children to attend became increasingly irate and eventually grouped together to deliver an ultimatum that either Muday would have to get rid of non-paying children, or that they would remove theirs. 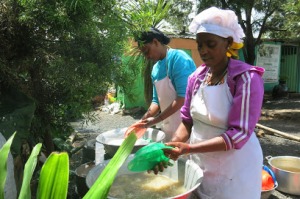 Muday decided that from then on she would take only underprivileged children and split with her business partner. The first year was a struggle but she managed to stay afloat by asking for small sponsorship costs from her local community. She herself also branched out by creating several small businesses, the profits from which she ploughed back into the school. She also asked the mothers of some of the children, most of whom were destitute and working as prostitutes or beggars on the streets, to come and volunteer at the compound and help by cooking meals and cleaning. In addition, Muday and her husband personally adopted fifteen orphans, whom they look after alongside their own four children!

In 2005 she created the training/livelihoods branch of the charity. This aimed at giving additional skills to the mothers in activities such as cooking, weaving, pottery and so on. Muday pays them a salary and they sell some of their products at fairs and events as well as on the premises. Once they are fully trained up the mothers move on but are now able to earn a salary with their skills.

— THE AIMS OF THE MUDAY CHARITY ASSOCIATION

The Muday Charity Association provides vital and much-needed services in a deprived area of Addis Ababa, Ethiopia. In one of the poorest countries in the world, with no welfare system or safety net in place, organisations such as the Muday Charity Association play an extremely important role in providing care, community cohesion and educational opportunities for the most deprived and therefore most vulnerable sections of society.

The organisation provides two differing yet essential functions within the community. One aspect focuses on providing work and transferrable skills to vulnerable, mostly single women, often from abusive relationships or working in very low-income or dangerous work such as begging and prostitution as a means to feed themselves and their children. Muday provides these beneficiaries with jobs and salaries, teaching them handicraft, cooking and other skills, which allows them to provide for themselves and their families.

The other central role of the Muday Charity Association is to provide free education and support to children who are orphaned, or from impoverished or occasionally abusive families. It does this through an on-site school which provides for children from all ages ranging from pre-school care to kindergarten all the way up to grade 8, or secondary school. The Association also provides further financial and logistical assistance to children from grades 8 to 12 and even university in some cases. All the children receive additional support which they themselves, or their families, cannot provide, such as clothes, uniforms, stationary, medical expenses, and three nutritious meals a day.

The Association provides a vital function in the community, lending hope for hundreds of people and breaking the cycle of poverty by allowing women to make a living for themselves and their families and by giving children the chance at a good education and prosperous future. 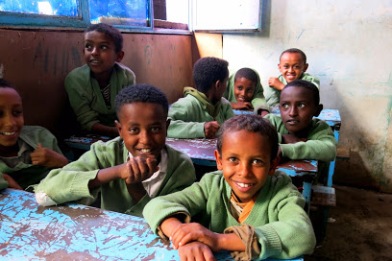 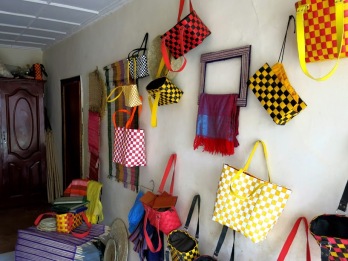 The Muday Charity Association is funded entirely through Muday’s own business enterprises and donations and sponsorships. While the livelihoods department is largely self-sustaining the school and associated costs are where funding is needed most. This includes outgoings such as renting the premises, paying teacher salaries, buying textbooks, stationary and other resources, buying food, uniforms, clothes and assistance with renting accommodation for families.

Wines That Make a Difference provides funding in the form of sponsorship for 50 students at the Fresh and Green Academy. This funding goes towards all aspects of the child’s education and welfare incorporating, among other things:

— THE FRESH AND GREEN ACADEMY 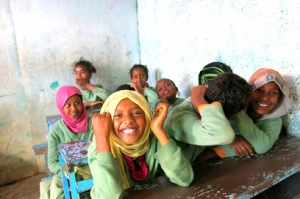 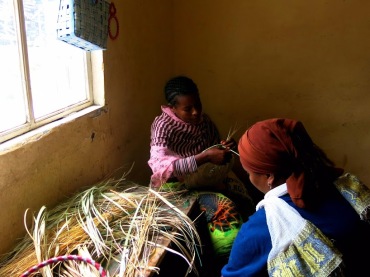 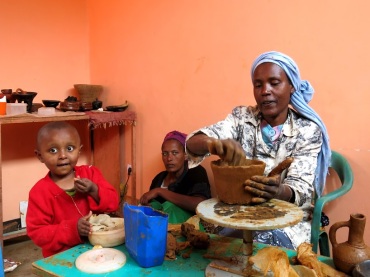 Find out more about the Muday Charity Association here.